Tecnodieci Magnesite Cripto Cristalin  and Turkey has the world's highest quality Magnesite deposits.Gel type magnesite producedin( Caustic Calcined and Dead burned Magnesia) our Country.For many years both in raw ore and semi -finished goods have remained in the wide demand of countries .Big uncertainty in magnesite mining mineralization,type  and quality changes and risk ,business machine ,size of capital allocated for construction machinery ,one of the most importante items of investment,high fuel prices in the country.legislation on the use of explosives required for production ,high explosive material prices.High road transport prices .Magnesite mine is used both as raw and calcined and dead burned ,after a large part of the magnesite mine in our country has been Dead Burned Magnesite and used as raw material of refractory industry.

irion is very less %0.3 ,Sio max :3% ,CaO max.2.0%. Magnesite has been used in flooring as abinder.it is a lining furnacesand cement kilns.Raw magnesite is used for surface coating and as a fire retardant .it is also used in Ceramic Frit and Glaze formularion ansd also ceramic roller kiln Rullo,face powder,disinfectans ,epsom,salts and boiler wrappings.But Magnesite is also much quantity in Refractory sector.Mahnesite is mostly an evaporite mineral found in sedimentary rocks.Magnesite is mined İn the world  Turkey ,China,nord korea,Australia,There are Magnesite reserves in Eskişehir, Kütahya,Konya and Erzincan  City in Turkey

Our country has the world's highest quality natural deposits of magnesite. Both WIP and raw magnesite produced in our country as the gel type of ores, (calcined and sintered magnesite) in various countries in the area in many years as demand has remained wide.
Magnesite mining and especially mining, mineralization of the large uncertainty, changes in type and quality, an element of risk, which is one of the most important items of the investment capital business machines that connect to the size of the ore according to the sales revenue of domestic oil prices, high pricing, regulatory hurdles required for production of explosive substances which are significant in the use of explosives with the price heights, that creates high costs highways transport, addiction, etc. high duties in the port of export, etc. for reasons which today, unfortunately, has fallen behind of 1991 and this trend should continue.
Need raw magnesite can be used as a mine by the castle and both of is a mineral that need simplifying. However, a large part of our country magnesite produced in mines 1650-2000 °C at sinterlestirild after magnesite sinter the raw material used in the production of refractory industry. Magnesite mineral was found before the states in 1795, J. E., magnesium carbonate, Sulfate, nitrate and chloride salts, such as the “Magnesite” has given the name of. A. Brongniart, the same term used for the magnesium carbonate and silicates, 1803 “in natural magnesium and in Moravia in 1808 Ludwig C. F. “D. L. G. Karsten” magnesium carbonate “magnesite” has given the name of.

Magnesit, 1866-1868 years of use as refractory in metallurgical processes belong to the first information. In 1890, magnesite, béchamel and open furnaces in Europe it was used as lining in 1913 in Pennsylvania (USA) dolomite from the Magnesia (MgO) in the manufacture of built synthetic magnesite were obtained by depositing magnesium hydroxide from sea water in France in 1885. According to the report of the General Directorate of the M. T. A., in 1808 magnesite in Turkey, calls first “French Electro” couldn't be reviewed by the company in Sakarya. Magnesite production first began in 1929, and continued to increase until 1962 since 1962, has increased rapidly. In 1940 began the production of calcined magnesite, and show a significant increase until 1964, as this date did not observed an increase in the production of. In the 1960s the Central District of Eskişehir dark and Basketware Margi (Kozlubel) in the village by the French and the Austrians established a facility for the purpose of producing calcined magnesite, however, these facilities now does not work.
MagnesiteMagnesium metal or as a compound is an important raw material in the present technology. Largest magnesium consumption, are realized in the form of magnesium compounds (MgO, MgCl2, mg(oh)2, MgSO4, etc.). All this at the beginning of the total world consumption of 80% of the Magnesia covering and called MgO (Magnesite Sinter) are also present. Because of the high melting point MGO, because of the refractory material industry, the most important entry. This is the most important source of magnesite and magnesia magnezya even other compounds. Magnesite a magnesium carbonate minerals is one of the compounds common in nature. Magnesite the nature, the characteristics that are appropriate to the requirements of the use of space is very difficult to find. Because any foreign element magnesite 0.1% or less and to a degree be present, can be evaluated as economically with today's technology can determine whether magnesit. However, our country has the world's highest quality magnesite are quite lucky in terms of possessing their own site. Magnesite low porosity, high refrakterlik, high strength, volume stability, chemical durability is searched. Specific gravity of 3.0 grams/cm3, is greater than the ratio boron, maximum %0,17 should be.
Another high quality amorphous magnesite from Turkey to Greece, Yugoslavia and Brazil are located. The conditions of formation of magnesite ore formation and, despite all the studies (Rosenberg and Miles, 1966

Magnesite Gal
In nature, is found in three physical forms directly. Evaporitik is subject to the formation of MGO in the form of beds.
Crystal (crystalline) magnesite ore
Cryptocrystalline (cryptocrystalline) magnesite ore
The Vein Filling And Sedimentary Magnesite Ore
Evaporative Magnesite Ore
1.Crystalline Magnesite Deposits :
These macro-crystalline, spastic or bone (bone) is also called magnesite. This type of coarse crystalline, mostly contains plenty of iron, and more in the form of large beds, magnesite deposits in the older rocks are included. Deposits in the rocks, generally dolomite, limestone, and rich grafitce Sandy, clayey and siliceous schists from place to place with evaporated. Examples of this type Pyrenees, the eastern Alps, the Carpathians and the Urals and Siberia are located in China. The formation of this type of magnesite deposits is controversial. These discussions are classified in two groups:
Replacement or metasomatoz theory: Clar (1931) and Frederich (1968) proposed, according to this theory, coarse crystalline magnesite ore, limestone, dolomite or magnesium carbonate rocks such as occurs as a result of metasomatoz. The formation of deposits of magnesite magnesium, this performs due to the increase pressure in the depths of the solutions, magnesium has been suggested to occur as a result of moving to higher ground and mobilized.
Sedimentary theory: more ultimate (1953), Siegl (1969) and Dyke (1972) according to this theory, adopted by spastic magnesite ore, limestone, dolomite, or rock salt formations is a primary sediment. In the bed next to the chemical data, has been suggested as evidence for this theory of the layered structure. However, researchers of the formation of an aqueous phase that takes place after the main magnesite hidromanyezit also accepts. Magnesia ( MgO) and marine salts in the lake water, it is possible to possess from MgCl2. This type of magnesia, sometimes called synthetic magnesia. A total of 9 million tons in the world production of magnesia 27% of sea and lake waters, with 63% crystalline magnesite from 'u cryptocrystalline magnesite are produced. Some key features:

Large beds are.
The most common is the type of bedding.
High iron (Fe) contain. (only you will know uzaklastirila chemically in the case of solid solution).
Austria, Russia, Korea, Manchuria, Brazil, Canada, Spain, Australia, Nepal, Pyrenees, the eastern Alps, the Carpathians, the Urals and Siberia, China and the United States are common.
Side stones are typically dolomite and limestone.
Younger rocks are found.
Carbonate rocks limestone / dolomite are formed by displacement of.
Are suitable for the production by open pit methods.
P=3,02 g /cm3.
Hardness=3.5 to 4.
Exhibit a crystalline structure similar to marble.
Magnesite magnesite sinter is produced from this type contain the pore openings. Densities are low.
This type of magnesite high-density sintered magnesite for the production of specific operations require to be performed.
The final product is difficult to control chemically.
2. Cryptocrystalline Magnesite Deposits:
Lying to them, thin (microns) crystalline amorphous (amorphous) or in a gel called magnesite. Very finely crystalline, or even amorphous, which is in places virtually no that does not contain iron bearings of this type, mostly in serpentine rocks in various shapes and sizes available. The serpentine mass that covered the vessel in the fleet, the network (network) on Serpentine rocks in sedimentary basins as may be in the form of the horizons can be found in closed form. The most important examples in Turkey, Yugoslavia and Brazil are found. *Key features:
Yataklanir are small but numerous.
Ultrabazik (Serpentine) rocks are formed alliteration with carbonated water.
Old rocks are found in.
Low iron ( Fe) contain.
Economic deposits of Greece, Turkey, Yugoslavia and India are located.
Impurities ( Fe ,CaO and SiO2), the amount is small.
Hardness =3.5-5. dir.
Produced from magnesite sinter magnesite Crystal length in this (artificial dog breeds )100-200µm may be between. In the manufacture of refractory materials, the Crystal length is sought after.
This type of magnesite high-density, low-porosity permits the production of sinter magnesite.
Konkoidal may show fractures in its raw state and exhibit a structure similar to porcelain.

The formation of this type of magnesite is discussed and there are two different opinions on this subject. First, in theory, the coil surface waters, atmosphere, and Biosphere 2, which is the effect of alliteration along with aliterasyon mobilized during the decomposition of MG ions and this fundamental fracture systems are considered. This epic theory from theory (from top to bottom formation) is called. Second, the theory espoused by researchers from Australia and mostly containing CO2 is decomposed by the effect of deep thermal waters in the serpentine mass of MG ions within the coil 2 through the water along fracture systems and released deposits of magnesite form is based on. The theory this theory ascending (from bottom to top formation) is called. The formation of cryptocrystalline magnesite deposits in the light of recent research can be summarized as follows

3.Sedimentary Beds:
Primary and secondary sedimentary deposits of magnesite chemical consists of beds from the classic. They are very rare. Bearings engage in this type of pursuit. Rather, Yugoslavia, Brazil, Australia and China are found. In our country

AREAS OF USE MAGNESIT
Magnesite ore produced 90% of caustic calcined magnesite and magnesite sinter is converted to a basic refractory bricks are used in production. rate business crude magnesite, magnesium salts and some medicine making, cement,chemicals, tires, paper and sugar industries are used.Sea water magnesite sinter manufactures 80,000 to 90,000 tons per year, using two vertical from the oven. Despite the pressure of cheap Chinese imports from Europe, PPL worldwide MgO-C brick high purity sintered herself in place she opened and continues production applications. 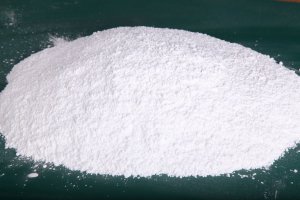 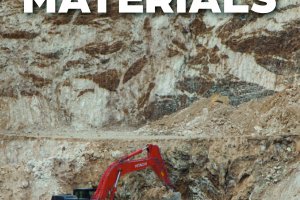 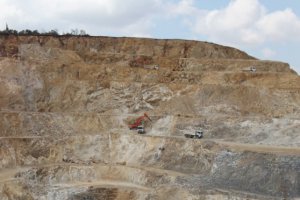