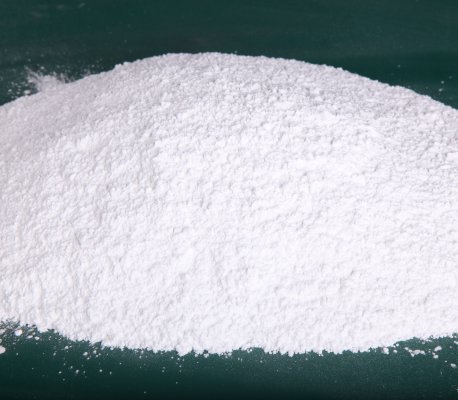 Titanium dioxide is a titanium element that reacts with oxygen. The most important application of this compound is solar batteries. Nano technological paint features titanium dioxide. It prevents UVA and UVB rays. It is also a valuable mine.Titanium oxide using; Ceramic,paint,food,plastic ext

does it come from and why do we need it?

Titanium dioxide (TiO2) is a bright white substance used primarily as a vivid colourant in a wide array of common products. It also has a number of lesser-known qualities that make it an extremely useful and important ingredient in our battle to fight climate change and prevent skin cancer.

Prized for its ultra-white colour, ability to scatter light and UV-resistance, TiO2 is a popular ingredient, appearing in hundreds of products we see and use every day, bringing significant benefits to our economy and overall quality of life.

What is titanium dioxide?

Titanium dioxide is a white inorganic compound, which has been used for around 100 years in a vast number of diverse products. It is depended on it for its non-toxic, non-reactive and luminous properties, which safely heighten the whiteness and brightness of many materials.

It is the whitest and brightest of known pigments, with reflective qualities; it can also both scatter and absorb UV rays.

What is titanium dioxide used for?

Its ultra-white colour, highly-refractive and UV-resistant properties make TiO2 enormously popular with both the industrial and consumer sectors, appearing in dozens of products that people use and see on a daily basis.

Beyond paints, catalytic coatings, plastics, paper, pharmaceuticals and sunscreen, some

When used specifically as a pigment in paints, TiO2 is called titanium white, Pigment White 6 or CI 77891. It is also known as ‘the perfect white’ or ‘the whitest white’ due to its powerful, pure whitening qualities.

Until laws changed in the 1920s, most commercial paint manufacturers used highly toxic white lead as a whitener and did not initially convert to using titanium dioxide, partly due to its higher cost. Zinc oxide (ZnO) is also used as a white pigment but is not as effective.

Titanium dioxide is now one of the most common pigments in global use, and is theIt is also found in coatings and plastics. These uses of titanium dioxide account for more than

Its high refractive index means that, as a pigment, it is able to scatter visible light. This results in an opaque colour and creates a bright, reflective quality when applied to a surface or incorporated into a product.

A key example of its use in these applications is as a coating for wind turbines, providing both a suitable white colour and protection from UV degradation. For the same reasons, it is also found in plastic window frames.

In food, TiO2 is used in pigment grade (see below) and called E171. In many food products it acts as a whitener, but also as a colour and texture enhancer. E171 can give smoothness, when used in some chocolates, or can help give an abrasive effect, as used in some sweets.

titanium dioxide is used both as a pigment and as a thickener for creams. As a sunscreen, ultra-fine TiO2 is used because of its transparency and UV absorbing abilities.

Read more about how

Due to its various properties, titanium dioxide has been found to be useful for many different environmentally friendly applications.

When used in a paint coating on the outside of buildings in warm and tropical climates, the white, light-reflecting qualities of TiO2 can lead to considerable energy savings, as it reduces the need for air-conditioning.

Also, its opaqueness means it doesn’t need to be applied in thick or double coats, improving resource efficiency and avoiding waste.

As a  titanium dioxide can be added to paints, cements, windows and tiles in order to

As a photocatalyst, it has also been shown that  (breaking water into hydrogen and oxygen), and the collected hydrogen can be used as a fuel.

What are the physical properties of titanium dioxide?

Titanium dioxide has a number of unique characteristics that make it ideally suited to many different applications.

Unlike other white materials that may appear slightly yellow in light, because of the way TiO2 absorbs UV light, it doesn’t have this appearance and appears as pure white.

Importantly, titanium dioxide also has a very high refractive index (its ability to scatter light), even higher than diamond. This makes it an incredibly bright substance and an ideal material for aesthetic design use.

Another crucial property of titanium dioxide is that it can show

What are the forms of titanium dioxide?

TiO2 possesses different qualities depending on whether it is produced as pigment-grade or nanomaterial-grade. Both forms are tasteless, odourless and insoluble.

Pigment-grade TiO2 particles are approximately 200-350nm in dimension and this form accounts for 98 percent of total production. It is used mainly for light scattering and surface opacity applications, such as paint – this includes its use as a base for various colour paints or as a standalone ‘brilliant’ white.

What is titanium dioxide made of?

Titanium is one of the most common metals on earth, but it does not occur naturally in this elemental form. Titanium dioxide – also known as titanium (IV) oxide or titania – is the reated when titanium reacts with the oxygen in the air. As an oxide, titanium is found in minerals in the earth’s crust. It also found with other elements, including calcium and iron.

, which means it consists of one titanium atom and two oxygen atoms (hence dioxide). It has a CAS (Chemical Abstracts Service) registration number of 13463-67-7.

TiO2 is typically thought of as being  meaning it doesn’t react with other chemicals and is, therefore, a stable substance that can be used in many different industries and for a variety of applications.

How is titanium dioxide extracted?

How pure titanium dioxide is extracted from titanium-containing molecules depends on the composition of the original mineral ores or feedstock. Two methods are used to manufacture pure TiO2: a sulphate process and a chloride process.

The principal natural source of titanium dioxide is mined ilmenite ore, which contains 45-60 percent TiO2. From this, or an enriched derivative (known as titanium slag), pure TiO2can be produced using the sulphate or chloride process.

The future of titanium dioxide

For a substance that is relatively unknown to the public, it’s amazing how many everyday products titanium dioxide can be found in. Because of its many varied properties, our skin, cities, cars, homes, food and environment are made brighter, safer, more resilient and cleaner by titanium dioxide. With a legacy of 100 years of safe commercial use, titanium dioxide is only going to become more vital as our environment faces greater challenges from a growing population.